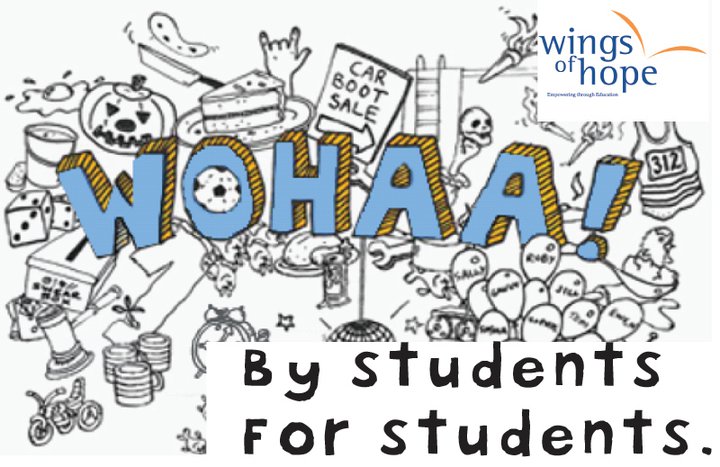 WOHAA has got off to a flying start this year! Loads of teams have formed and have already come up with some fantastic ideas to fundraise for the Wings of Hope. Ideas have included a 26 mile long walk around London, charity concerts, Halloween events and much more. Further plans have been formed by teams to hold large events later in the year including dinners, balls and fashion shows which we are really looking forward to. Teams have also been raising awareness about the Wings of Hope and its mission by having their events and stories featured in the local press. One team was even lucky enough to talk about the Wings of Hope on BBC London Radio and have it broadcast on a Saturday morning.

Even teachers are having fun and are extremely enthusiastic about WOHAA:
‘All our teams at Surbiton are getting on well with WOHAA and have set themselves high fundraising targets! All the teams have spoken in assemblies about Wings of Hope and are raising lots of awareness both in and out of school. It’s a really good scheme and I think lots of our younger pupils in the school are looking forward to doing it in subsequent years!’.