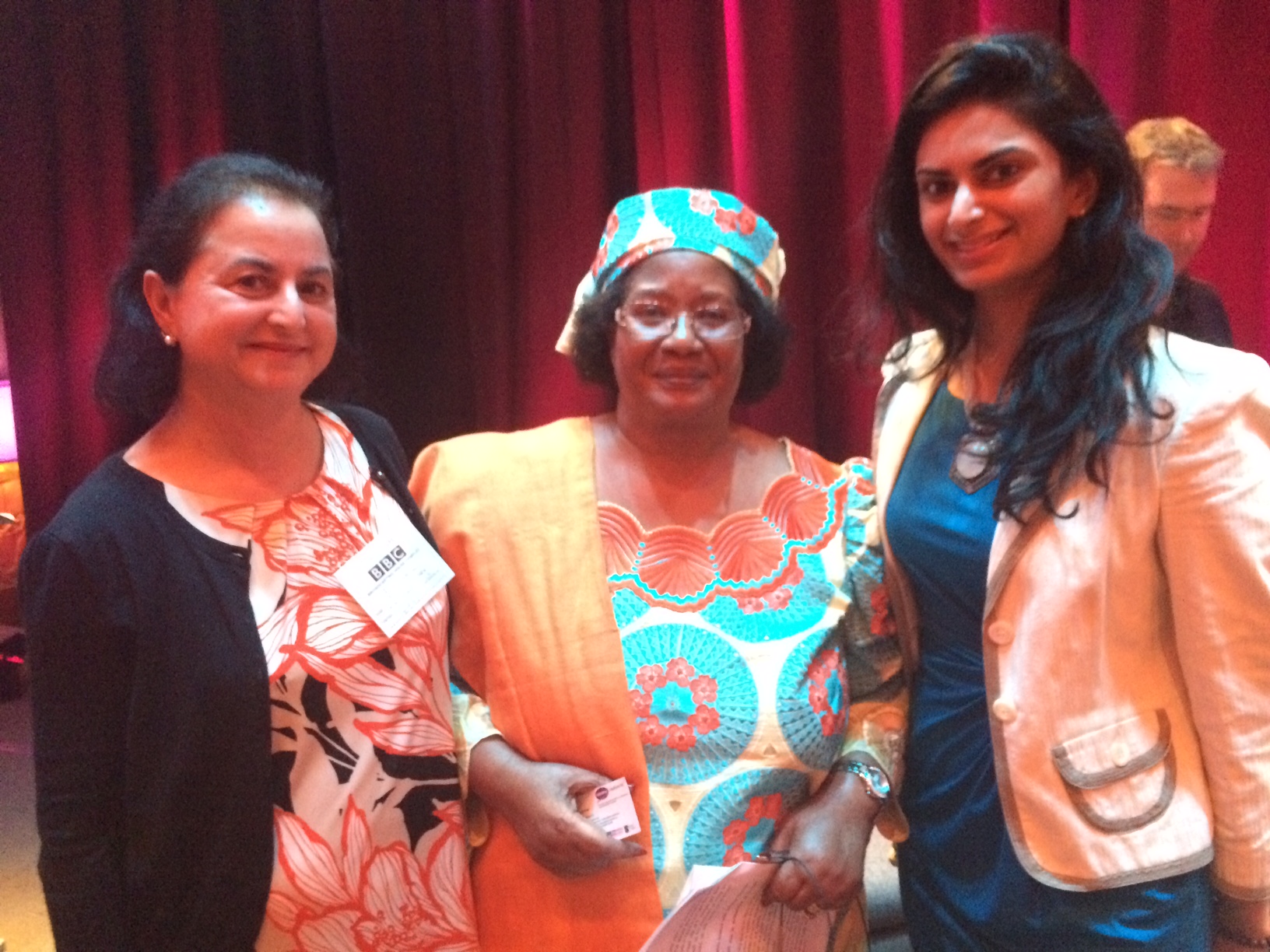 The BBC has just revealed its list of 100 inspirational women, and we delighted that Smruti Sriram, the brains behind WOHAA, has been included.Yesterday, we went to the 100 women conference, held to celebrate the achievements of women around the world and to address issues of gender inequality.

It was an honour to spend an afternoon in the presence of so many women who are taking the lead in moulding and changing our society: activists, writers, scientists, entrepreneurs, politicians…the list goes on.

To hear these women talk about gender issues in politics, family life, science and business was at the same time frightening and uplifting.

Frightening because inequality is still so prevalent. Did you know that only 27% of female graduates in Science, Technology, Engineering and Maths go on to work in the area they studied, as opposed to 52% of men? Or a group of businessmen were so incapable of believing that the founder of ieat might be a woman, that when Shazia Saleem arrived to chair a meeting, they asked her to “be a dear and make [them] a cup of tea” while they awaited for “Shaz” to arrive? That a group of female candidates on The Apprentice felt the only way they could hike up their sales was by hiking up their skirts as well?

Uplifting because in spite of the numerous hurdles posed by gender inequality, there are so many people – women and men alike – who are giving it their all to challenge assumptions, creating positive role models for the younger generations. Dr Joyce Banda talks about the gender gap in politics